The study shows that woody species richness, woody diversity and soil properties recover within 20-25 years, whereas species composition takes much longer to recover

The study, carried out by the Nitidæ team and their partners from CIRAD (UR Forests and Societies) was recently published in the journal Forest Ecology and Management. It focused on the resilience of the Miombo dry forests in Mozambique, a biome still understudied. 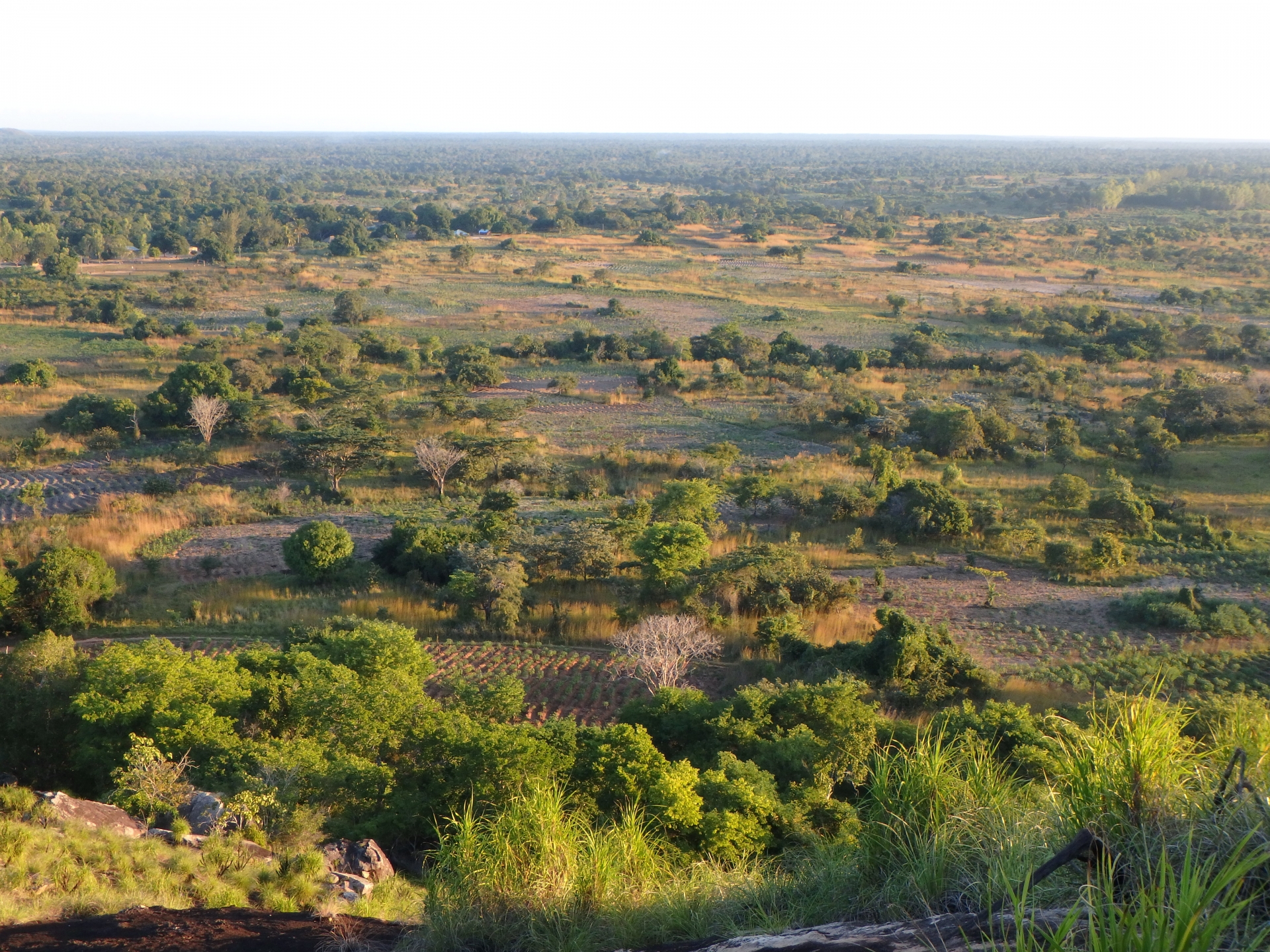 Landscape on the arounds of Gilé National Park in Mozambique

This study is the result of several years of work and several field inventory campaigns carried out by the team and initiated in 2015 as part of the pilot project to mitigate deforestation and Miombo forest degradation in and around the Gile National Park. It aimed to analyse the current status and evolution of woody species biodiversity, stand structure and soil properties of regrowth areas after slash-and-burn agriculture in Mozambique. Using floristic and soil inventory data, the study shows that the region has a high regeneration capacity in terms of woody species diversity and soil properties after a low-intensity and short-term disturbance. Species richness, diversity and soil properties recover after 20-25 years of abandonment. However, disturbance has a long-term effect on species composition and stand structure, highlighting the importance of integrated landscape management to improve the provision of ecosystem goods and services.

Figure 1 : (A) Woody species richness and (B) specific diversity for Miombo regrowth and mature woodland. The letters (a, b, c) indicate statistically significant differences.

The government of Mozambique is committed to restoring 1 million hectares of deforested and degraded landscapes by 2030 through the AFR 100 initiative. This study provides new information that could help define passive or assisted forest restoration strategies appropriate for the Miombo Forest, in order to meet Mozambique's ecosystem restoration commitments.

The abstract is presented below and the article is available at the bottom of the page.

Miombo woodland is the dominant tropical dry forest formation in Africa. Its importance for local populations’ livelihoods and increased pressure has turned the spotlight on this ecosystem, now considered one of the five global wilderness areas prioritized for conservation and restoration. Forest regeneration is a key to restoring ecosystem services, but the characteristics, conditions and dynamics of this specific biome remain largely understudied. The aim of this study was to analyze the current status and evolution of woody species biodiversity, stand structure and soil properties of regrowth plots after slash-and-burn farming in Mozambique. Our survey focused on the area surrounding Gil´e National Park in Mozambique, which is dominated by a mosaic of vegetation including mature Miombo woodland, grassland, cropland, and land abandoned after slash-and-burn cycles. We sampled 20 plots in mature woodland and 36 plots in a chronosequence of Miombo regrowth from 1 to 35 years old, grouped in four age classes: 4–6, 8–12; 20–25 and 30–35 years. We observed that woody species richness and diversity increased with time after abandonment until similar values to those in mature woodlands were reached between 20 and 25 years later. Despite the presence of the dominant Miombo tree species belonging to the genera Julbernardia and Brachystegia, after 20–35 years of regeneration species composition remained different from that of mature woodlands. Mean DBH, tree height, and carbon stock increased while tree density decreased along the chronosequence. Tree density and tree carbon stocks in 30–35-year-old Miombo regrowth exceeded those of mature woodland. Soil C stock increased during vegetation regeneration after abandonment. Results suggest that two or three decades are necessary to reach values similar to those of mature woodland. Overall, these findings show that the region has a high regeneration capacity in terms of woody species diversity and soil properties but that disturbances have a long term effect on species composition and stand structure, underlining the importance of integrated landscape management to enhance the provision of ecosystem goods and services.